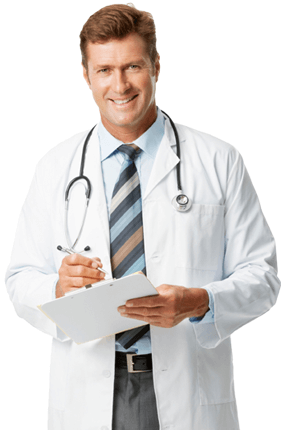 Does This Sound Familiar?

Joe Gets Up five or six times, at all hours of the night, waking his wife up in the process. He stumbles to the toilet, and then … nothing. No stream. When finally there’s a dribble. Joe has difficulty stopping and starting it: there’s a throbbing sensation, and he feels like he hasn’t finished what he felt he needed to do.

In the morning, Joe’s back is aching. His sexual drive isn’t what it used to be, and he’s exhausted from waking up so often during the night, as is his wife, who can’t get any sleep either.**

Who wants to be going to the bathroom five or six times a night and repeating this scenario?

Not Joe, and not the millions of older men across America who are doing exactly this. Joe, like any other man suffering these symptoms, needs help. He definitely should not take the “macho” route, keeping his symptoms to himself, hoping they will resolve on their own.

That could be the quickest, most certain way of doing himself serious harm.

How Does Testosterone Work?

As a man matures, the prostate goes through two main periods of growth. The first occurs early in puberty, when the prostate doubles in size. During his mid-twenties, this gland begins to grow again. This second growth phase often results, years later, in BPH. In fact, the prostate continues to grow during most of a man’s life, but this gradual enlargement doesn’t usually cause problems before age 40.

As the prostate enlarges, the layer of tissue surrounding it stops it from expanding. The gland begins to press inward against the urethra like a clamp on a garden hose. The bladder wall thickens and becomes irritable, so that it begins to contract even when the bladder contains small amounts of urine. At first, frequent urination is the main symptom, but eventually, the bladder weakens and loses the ability to empty itself. Urine remains in the bladder after urination.

AndroStaxx Works By Restoring Hormone Balance and Shrinking Your Prostate!

The powerful Superfoods, phytonutrients and compounds in AndroStaxx are clinically proven to dramatically reduce prostate problems in 2 different ways.

Throughout their lives, men produce both testosterone and a small amounts of estrogen. As men age, the amount of testosterone in the blood decreases, leaving a higher proportion of estrogen. In addition estrogen levels actually increase because we are exposed to many forms of estrogen in our food and in our environment. And estrogen causes the prostate to grow.

In addition, some of your Testosterone gets converted to another substance called DHT, which also stimulates the growth of prostate cells, producing normal growth in adolescence but contributing to benign prostatic hyperplasia (BPH) in many older men.

The Proven Formula in AndroStaxx is Powerful, Unique, Safe And Effective In Restoring A Healthy Prostate

Why Don’t We Use Saw Palmetto?

Many of the supplements on the market contain Saw Palmetto as the primary ingredient in their formulas. This is because early studies suggested that Saw Palmetto might be an effective treatment for BPH. However more recent higher quality studies have shown it to be no better than a placebo in both symptom relief and decreasing prostate size. (See Research)

Why Do We Us Beta-Sitosterol?

More recently it was discovered that a substance called beta-sitosterol, which is found in many of the plant foods we eat, is effective in relieving BHP symptoms and effective in decreasing the prostate size. 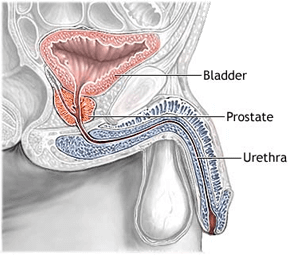 One study found that when 200 men with BPH were given 20 mg of beta-sitosterol three times daily for six months, urinary flow and other symptoms improved significantly. The placebo group in this study demonstrated no improvement. In another double-blind study, 130 mg per day of beta-sitosterol yielded similarly encouraging results.

AndroStaxx contains 1400 mg of the complete of Phytosterol Complex, 630 mg of which is clinical grade beta-sitosterol. That’s more beta-sitosterol than any other supplement on the market.

Why Do We Us Beta-Sitosterol?

In formulating AndroStaxx we have combined the modern proven research about Beta-sitosterol with Pine Pollen, a Superfood that has been used in Chinese Medicine and Culture for more that 2500 years.

Pine Pollen is the ONLY food which contains every essential nutrient needed by man for perfect health. It is Mother Nature’s Fountain of Youth.

Raw pine pollen is said to be the richest seedbed of testosterone derived from plants.

Since it is the male sperm of pine trees, it fosters plush growth in all living creatures, from trees and plants to animals to humans.

Phytoandrogens in pine pollen other than testosterone include androstenedione, dehydroepiandrosterone (DHEA), and androsterone. With a complex source of androgens, it is an incredible source of amino acids, vitamins, and minerals. Meanwhile, pine pollen is packed with more than 200 natural bioactive nutrients.

Here are some of the proven benefits of Pine Pollen:

1. Testosterone Booster – Pine pollen contains human androgens like testosterone. As you age and your testosterone levels start to dip using pine pollen as a therapy is a great way to maintain healthy energy levels and well being.

2. Prostate Regulator – Pine pollen contains a sterol or plant steroid called Gibberlins which regulate the size of the prostate meaning that if it is too large it will shrink it and if it is too small it will increase its size.

3. Raises SOD (superoxide dismutase) levels in heart, liver and brain – Superoxide dismutase is an enzyme that helps protect the body from free radicals by breaking down oxygen molecules in cells which might prevent damage to tissues.

5. Stimulates Antiviral Activity – Due to two plant sterols – brassinolide and castasterone – pine pollen is strong antiviral against such viruses as Herpes 1, measles , area viruses plus others. “They have been found to be 10 to 18 times stronger than ribavirun – the main pharmaceutical antiviral”

6. Helps rid the body of foreign chemicals – Pine pollen contains the plant sterol brassinosteroid brassinolide. This has been found to enhance the function of liver microsomes which are crucial to the safe disposal of xenobiotics (foreign chemicals that end up in the body

8. Stimulates the Immune System – Pine pollen contains polysaccharides which are sugars that are like food for the immune system. and are also found in superherbs like Chaga mushroom

AndroStaxx WILL BRING YOU BACK TO LIFE!

You can be confident that you are getting the best All-Natural Supplement For Your Symptomatic Relief of Enlarged Prostate.

Act now for better prostate, urinary and sexual health! Don’t wait until it is too late! 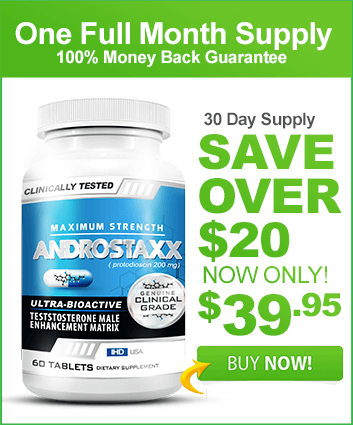 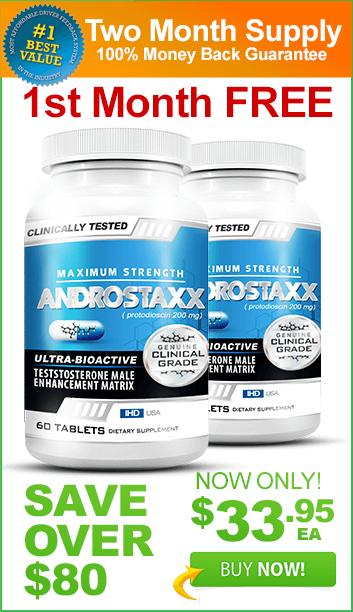 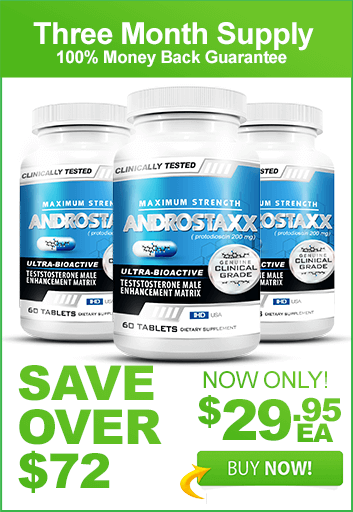